First off, let’s get the oldest question out of the way—how to pronounce Gif. According to Steve Wilhite, who invented the format, it should be pronounced “jiff.” You’d think that would settle the matter, but it only polarized the factions. Recently, no less than President Obama weighed in on the subject, pronouncing it with a hard “G” and saying he pondered the pronunciation a “long time” and that was his “official position” on the subject. Dictionaries don’t even try to settle this argument, listing both pronunciations as acceptable.

Almost as contentious as the pronunciation is the format’s value when it comes to using animations in email marketing. Jessie-Lee Nichols of Quintain Marketing lists three ways to use animated gifs in your email marketing, while Arienne Holland at Raven Internet Marketing Tools cites three reasons to not use animated gifs in your emails. In spite of the seemingly contradictory nature of these statements, they both make some valid points. Gifs can be valuable tools for increasing email engagement, sharing, and clickthroughs, but they can have the opposite effect, distracting from the message and annoying the viewer.

This question isn’t just for actors. It’s the first question any email marketer needs to ask before committing to the time and effort of creating an animated gif. Just because you know how to make them doesn’t mean you should automatically use them. There is always a temptation to test out new tools, especially flashy ones, but you should first ask yourself: “Is there any advantage to using an animated message?” You could also turn this question around and ask if there is any disadvantage to using a non-animated image. If the answer to either of these questions is no, then you might as well use a static image.

So what are the advantages of animated gifs? Here are the main ones:

These are all good reasons, but let’s take a look at them one at a time.

The most common reason for the addition of animated gifs to a mailing is to provide visual stimulation for the reader. Ideally, it should make them want to investigate further. It shouldn’t make them want to hit delete, but that’s what will happen if you make your gifs too busy. A well-designed gif will have just enough animation to entice the viewer into clicking the link. Here’s a good example from Bed, Bath & Beyond:

The dog’s ears flapping in the breeze invoke an almost tactile response. We can feel the breeze just looking at the picture. If the viewer is in a hot room, this might be enough to provoke a purchase.

More importantly, look at the position of the dog—right in the center of the image with all the products and pricing information surrounding it. One of the biggest dangers of animation is that it can distract the eye from the primary message. Here’s one from the clothing retailer, Singer22:

With all that activity on the left side of the image, it’s doubtful that anyone takes time to read the actual message. Fortunately in this case, the message isn’t that important, but it does demonstrate the effect an animation can have on where the reader looks. The problem is exacerbated by the fact that it is set up as a continuous loop. In highly active animation like this, one time through is enough. Let the animation end so that the reader can move on to the actual message.

Another common use of animated gifs—especially in the retail market—is to provide multiple images that cycle continuous in the mailing’s hero image. As it is with web pages and search engines, a certain percentage of the public never touches the scroll bar if they can help it. It’s always a good idea to make sure the main message is in plain view when the recipient opens the email, but suppose you are trying to present more than one item? You then are faced with the choice of stacking several images in the email and hoping that the reader looks at all of them, or creating an animated gif that cycles through the images. Here is an example from Andrew Marc:

If you decide to use this technique, keep in mind that the choice of images should dictate the speed at which the images change. The default time that most companies use is one second, which is fine when you are dealing with variations on the same basic product, as is the case in the example above, but if you plan to show a disparate collection images, a slower cycle rate is recommended. Here is a particularly bad example from Levenger:

Although most of these products are related to iPad accessories, the images are as different as can be. With each image, the viewer must reassess the image to make sense of it, by the time the viewer has done this, the image has changed and the process begins again. If your gif is made up of images that have little or nothing in common (e.g., a red purse, followed by black shoes, followed by a blue shirt), one second is too short a period for the human eye to adjust to the differences between the images. Allow each image at least a second-and-a-half before changing. You can further soften the shifts between images by adding dissolves, but keep in mind that this will increase the file size substantially. A three image gif that is 200 Kb without dissolves, will balloon to over a megabyte when dissolves are added.

As if the rapid-fire changes in the Levenger gif weren’t enough, the gif includes five images. As a rule, it is best to keep these slideshow gifs to a maximum of four different images. More than that and you run the risk of losing the viewer’s attention. Three images is ideal.

So That’s How It Works!

When Dell introduced their new XPS 12 Convertible Ultrabook, they wanted a quick way to show the computer’s ability to switch from a laptop to a tablet. One option was to show the process in a series of images, but that meant the recipient would have to scroll through the email to understand how the device works—always a risky proposition. No single image could adequately explain the feature, so the decision was made to use an animated gif in the email.

This approach works well in this instance. The final size is only 512Kb, which is remarkably small for a gif containing 59 panels.

When Netflix announced their second season of their series, House of Cards, they used an animated gif that proved to be so popular almost everyone who received it, forwarded it on to someone else:

While we’re sure that the folks at Netflix knew they had a clever animated gif on their hands, we don’t think they knew it would end up canvassing the Internet like it did. Things like that are hard to predict and hard to plan for. Nine out of ten attempts at viral marketing fall short, but that has never stopped anyone from trying. The Netflix example has a slightly creepy quality and its motion is minimal enough to keep from being annoying, but it might have been a good idea to include their url or logo somewhere on the gif in case the image got separated from the original message (which is exactly what happened).

The minimal use of motion is part of why the Netflix gif works. In all likelihood, a flashier, hyperkinetic gif would have had a less favorable response. The subtler approach defies the usual expectations of an animated gif. It is related to an animation form called a cinemagraph. In a cinemagraph, the action is often minimal and repetitive—a waterfall, or a breeze blowing a woman’s hair. The dog in the Bed, Bath & Beyond mailing certainly qualifies as an example of this. Here’s another example from Pizza Express:

The animation is a small enough portion of the image to keep from being distraction, but is interesting enough to make you want to explore further. In their usual fashion, however, Pizza Express didn’t stop with the animation, but made sure the message got across even when the images weren’t displayed (see 2013: The Year in Email). For further information on cinemagraphs, Internet Marketing Specialist Shane Eubanks has several beautiful examples on his blog.

There is really only one major email client that won’t display animated gifs. Unfortunately, that email client is Microsoft Outlook. Although older versions of the software will display animated gifs, every version of Outlook since 2007 stops at the first frame. A gif that brings out the details of a sale as it moves along, must be sure to start the animation with a zero time interval of the last frame before beginning the animation. In the example below (shown here without animation) Bed, Bath & Beyond used animation to show the details of their sale.

Bed, Bath & Beyond was careful to start their animation with this final frame, so Outlook users got the entire message. The marketers at Kohl’s were not so careful. Here’s the first frame their version of a similar concept (a truck pulling details of a sale across the screen): 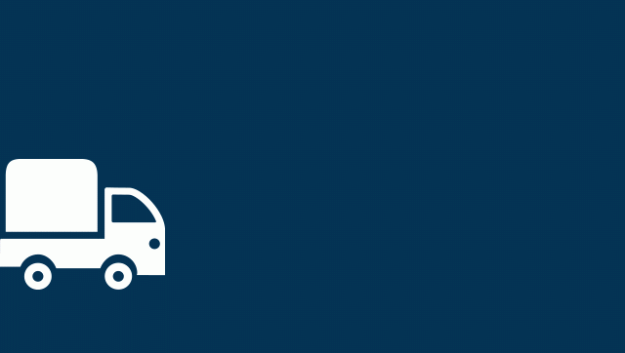 Since Microsoft Outlook is the only major email reader that does not render animated gifs, it is conceivable to take advantage of this by providing an Outlook specific message as the first frame, although, in real world situations, this approach is of limited use.

Even if you are positive that your animated gif will generate more clickthroughs and yield better results, we recommend that you split test it first. As the Marketing Team for the Obama campaign discovered during the last presidential election, what may seem like the best choice to you might not be the one that performs the best in the real world. You may have some emotional investment in that finely-crafted animated gif you spent an afternoon preparing, but the public may disagree with you. It is better to put the gif aside.

So you’ve decided to try and create an animated gif, but where to start? If you have Adobe Photoshop, you can create animated gifs without much difficulty using the Timeline window. There are also several free online services that let you make animated gifs from a wide variety of file types with very little effort, however, most of these also attach their own watermarks to the gifs. Similar in functionality to Adobe Photoshop, Picasion is an online application that has a full set of editing controls and, most importantly, it doesn’t watermark the finished image.

Animated Gifs are a Spice

Animated gifs are a fun way to liven up your mailings and present information in a new way, but they also can have a numbing effect if they are used too often. A sprinkle of cinnamon on top of your latte is nice, but try eating a tablespoon of it. Occasional use of animated gifs can enhance a campaign’s appeal, but use them too often, or badly, and they will have the opposite effect. Also, never forget that engagement starts well before the first image is loaded. If the subject line isn’t compelling, or the recipient is indifferent to your mailings, it won’t matter how perfectly you’ve executed your animation. No one will ever see it.